The development of art conjoined with Czechia started in Romanesque period. The oldest preserved and simultaneously most artistically important work of that time are murals in St. Catherine’s rotunda in Znojmo from 1134, exceptional in Romanesque art throughout Europe by focusing on the ideology of the state.

The decorative painting of manuscripts was very popular in both the Romanesque and the Gothic periods. The most exquisite work, which had not had an analogue in Central Europe at the time, was the Vyšehrad Codex (the Coronation Gospels of King Vratislaus).

In the Gothic Era, panel paintings was flourishing. The most important are works of Master of Vyšší Brod altar, the founder of the style, which dominated European painting around 1400. Other important personalities were Master of Třeboň altar and Master Theodoricus, the court painter of Charles IV, who filled the ruler's chapel of Holy Cross in Karlštejn castle by 130 paintings. The late gothic art with a Renaissance touch is represented by the work of Master of Litoměřice Altarpiece. 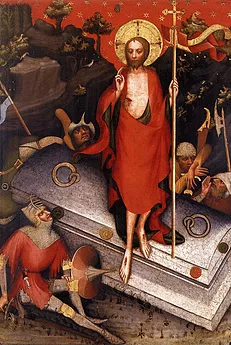 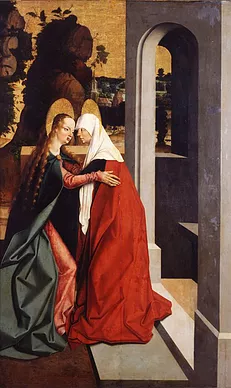 Renaissance art came to Czechia with delay because of the consequences of Hussite wars in the country and influenced much more architecture, than other art.

The most important Czech masters of Baroque painting were Petr Brandl, the author of many large altarpieces, where all the characters are very vivid, often very emotional and always convincingly done, Jan Kupecký, who managed to perfectly capture the appearance of a person and his character traits in his portraits and Karel Škréta, excelled as a portrait painter and illustrator. An exceptional Czech artist of Baroque art was Václav Hollar, the etcher of worldwide recognition. His views of European cities, allegories and rich collection of graphic arts, depicting fauna and flora are unparalleled in the European art at that time. 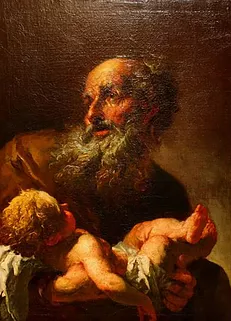 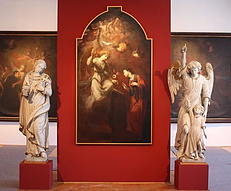 The most important figure of classicist painting was Antonín Mánes. His work underwent a colorful evolution from composed classicist landscapes, romantically ragged scenery up with very realistic landscapes. Typical representants of the Romanticism are the mysterious Adolf Kosárek and the master of the color perfectionism Josef Navrátil. The Late phase of romanticism is represented by Josef Mánes, who is considered the founding personality of the Czech visual arts and master of the landscape painting. He is the author of allegorical boards of Astronomical Clock in Prague from 1866. The second half of the 19th century, dominated by artists of romantic realism, with predominantly nationally oriented topics such as František Ženíšek, Vojtěch Hynais (designer of the curtain of the Prague National Theatre), Karel Purkyně, Vaclav Brožík, Julius Mařák or Luděk Marold. 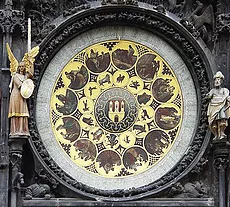 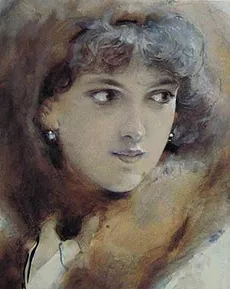 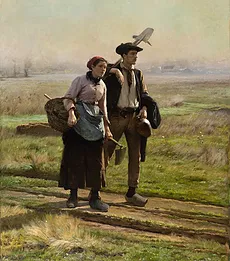 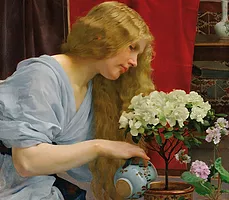 ​The realistic period in fine arts comes with Antonín Chittussi. His own concept of landscapes seen in vivid terrain, in the disorderly segment of reality, and in the natural diffuse light. In particular, his smaller paintings with quick, easy brushstrokes belong to the jewels of Czech painting. The beginnings of the modern conception of landscape panting was substantially influenced by Antonín Slavíček.

His works perfectly expressed visual atmospheric phenomena, but also the inner substance of the landscape. Some kind of dark realism represents the melancholic atmosphere of the works of the painter of Prague night corners and social themes Jakub Schikaneder. Virtuoso painter, portraitist, illustrator and creator of stamps and banknotes, the author of several monumental works and the founder of Czech Graphic School, Max Švabinský, with realistic groundings of his extensive work has to be mentioned. 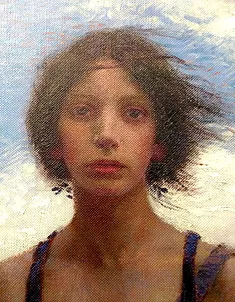 Jakub Schikaneder - Murder in the house

Symbolism manifested itself in Czechia in mysterious paintings of Jan Preisler, combining influences of both symbolism and impressionism. 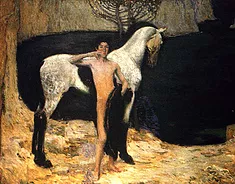 A kind of second wave of symbolism, is associated in Czechia with the Sursum society of modern Czech art, associated with mysticism, theosophy and occultism. Noteworthy are Jan Zrzavý, who later developed his art into mystically spiritual forms using unmistakeable meaning of expression and Josef Váchal, another mystical traveller into the ambivalent world with expressively - in the philosophical sense - joining visions. 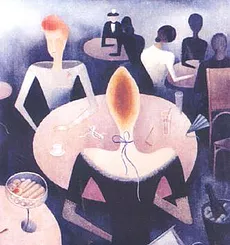 When we speak about Art Nouveau, the name of Alfons Mucha, world famous and one of the best known Czech artist, echoes immediately. He is the main representative of Art Nouveau decorative painting, but his work contains also sculptures, various kinds of applied arts (jewelry and more) and photography. Awareness of this painter quickly spread beyond the borders of Czechia. In the 1890s he lived and worked in Paris. His posters became quickly well-known and his style influenced artists worldwide. He also managed to captivate the Parisian public with those dedicated to the celebrated actress Sarah Bernhardt and her Renaissance theater playbills and posters. 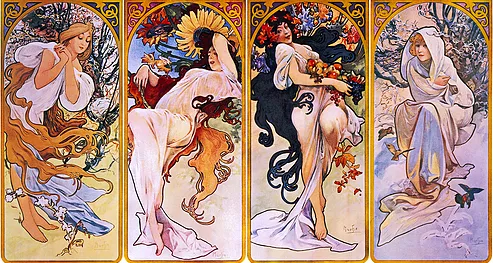 Created between 1910 and 1928, Alfons Mucha’s masterpiece is the cycle of 20 monumental canvases named The Slav Epic (Slovanská epopej), depicting the history of the Slavonic peoples and civilization and portray the “joys and sorrows” of his own nation, the Czechs. 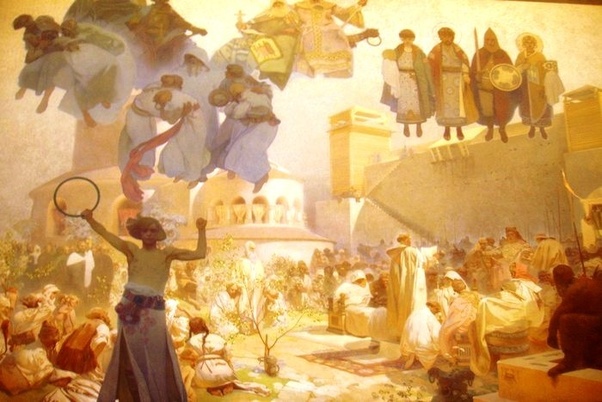 One of the most important Czech painters ever is František Kupka (1871-1957). He is considered a pioneer of abstract art, influencing subtantially all modern painting movements. His geometric abstraction concept is called “orphism”. He expresses a musical rhythm through the motion of a colored line or the dynamic gradation of colored areas. František Kupka started as realistic painter and his abstract art arose gradually from that base. The most inspirational are “Amorpha: Fugue in Two Colours” in several versions and “Warm Chromatics”, works which were of fundamental importance for the birth of abstract art, “Amorpha” is considered the milestone of it. The painter completely abandoned the traditional world of figures and objects (in the spirit of "the role of artist is not to depict what we already see, but its invisible substance") and set out into the unexplored unknown, where the leading role is played only by colours, their strength and shapes, movement, mutual relations, harmony and composition. 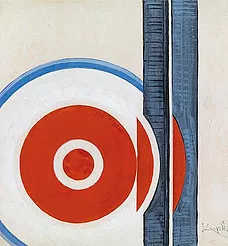 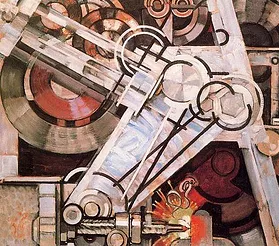 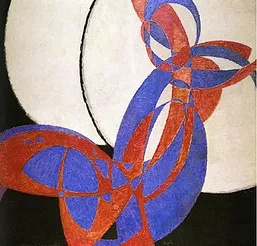 Expressionism and Cuboexpressionism is associated in Czechia with Bohumil Kubišta, passionate exponent of modern art, building on his deep knowledge of optics and the physiology of vision, which he then applied and Antonín Procházka's distinctive work based on a feeling for beautiful painting material using old techniques of encaustic. Czech Cubism is represented by Emil Filla, who's work contains a strong reflection on both military conflicts and Josef Čapek, consisting of deep social feeling and humanism. Important modern-feeling landscape painters of the interwar period included Rudolf Kremlička, Václav Špála and already mentioned Jan Zrzavý. In addition to the world-famous personalities abstract painting in this period devoted several painters, for example, Vojtěch Preissig and František Foltýn. 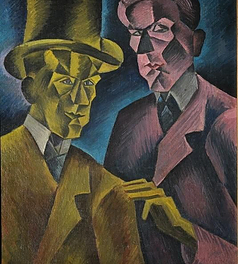 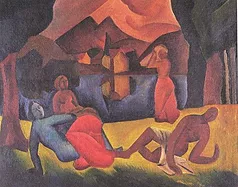 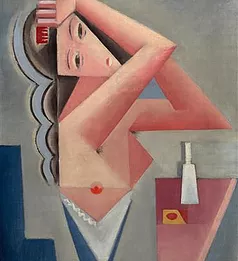 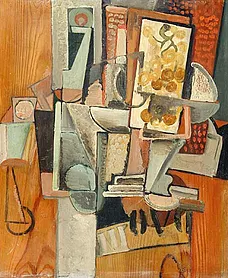 Czech surrealism is conjoined with painter, poet, editor, photographer, and graphic artist Jindřich Štyrský, Toyen (originally Marie Čermínová), who was a key figure in the surrealist avant-garde European art format with a great imagination of ghostly landscapes and Josef Šíma. His pictures introduce us to a mysterious stillness where rocks transform into living beings, floating weightlessly, while inanimate things generally take on human form. Another important painter, who initially created a new pictorial reality in the form of Lyrical Cubism, also later involved strong surrealist elements in his work was František Muzika. 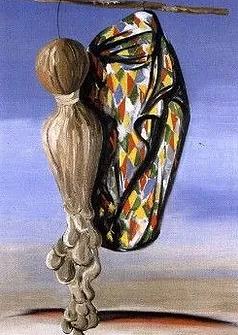 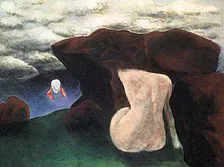 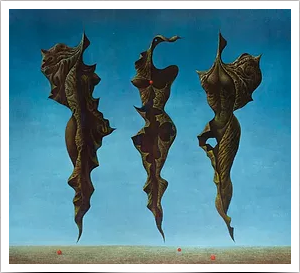 Global vision of destruction was encoded into the program of surrealistic group Ra. Its work was the most imaginative line of the Czech pre-war art, conjoined with names Václav Tikal, Bohdan Lacina and Josef Istler. 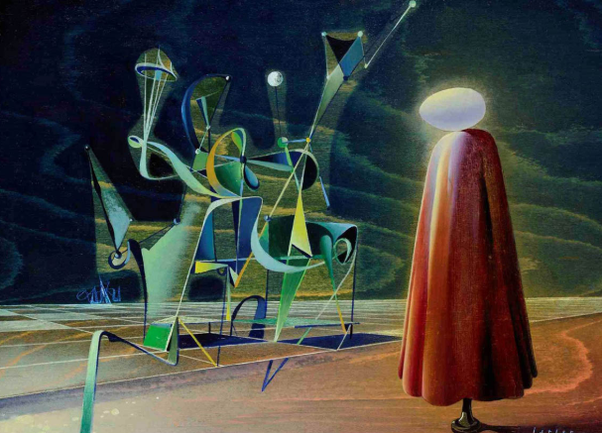 World War II affected the nature of Czech art and caused a tendency toward experimentation in the new humanist subjects. Artists had to encrypt symbols because they were addressing a state of existential distress. After the Communist coup in 1948 the role and position of art became similar.

The effort of Group 42 (František Gross, Kamil Lhoták, Jan Kotik) to depict the role of man in modern civilization, which changes into a mere machine and steals his uniqueness. This group was mainly influenced by civilism, cubism, futurism, constructivism, and a bit by surrealism. There is typical an obvious and characteristic enchantment by technology, evident in frequent focus on cities, factories, industry, and machines with human characters of common townspeople. The group was established during war in 1942 and its activity ceased in 1948, but its influence on the Czech literature and the Czech art was still evident in further years.

In post-war art, however during 1950's hidden because of strong pressure of communist regime on artists to produce so called socialistic realism, they appeared several artists in Czechia, whose work was unique, but they became more known only in sixties, when political situation in the country allowed some kind of artistic freedom. Key figures of the Czech post-war art are Vladimír Boudník, a representative of the "explosionism" movement with active structural graphic art and 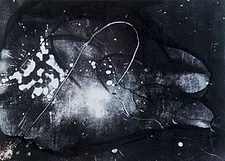 Mikuláš Medek, the most important Czech painter of post-war art in my opinion, starting with surrealistic influence, but gradually creating original symbolism of abstract sign systems with special shapes and colour language as metaphors for human existence in its tragic, picturesque and painful reality, but intensely thirsting for meaningful dimensions. Intense mystical expression, internal consistency, authenticity of the message, powerful spiritual energy radiating from his paintings, represent one of the most important and most original personalities of not only Czech, but also 20th Century painters. His artistic independence and spiritual dimensions were finely expressed, even during the Communist regime in this country, at a time of implacable hostility towards modern art and free thinking. More about this painter in my article at 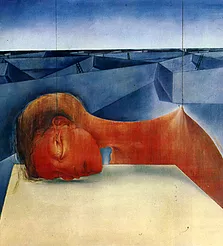 Mikuláš Medek - from the period of “preparad images" Other important painters oriented in spirituality and mysticism in the huge critic relation to the state of human during communist times are Bohuslav Reynek and Josef Jíra. 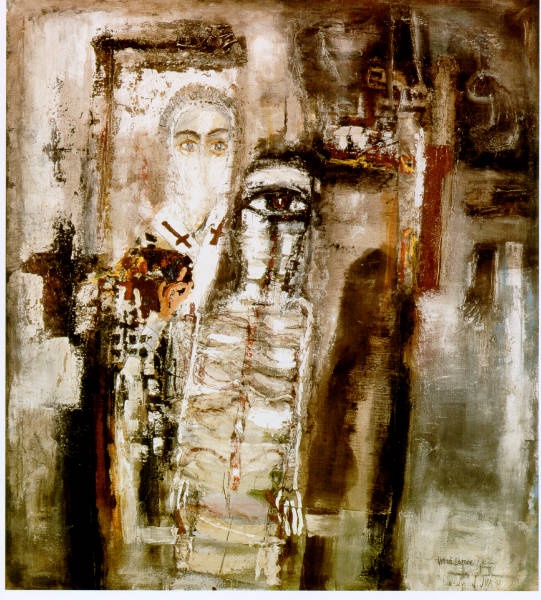 To the most interesting works of contemporary artists belong drawings and paintings of Vladimír Kokolia, predominantly from eighties and beginning of nineties, some kind of caricature of contemporary human, but it is not only mockery or parody of the dark sides of humanity, is a genuine existential distress, featured by masterful shortcut into a categorical imperative. 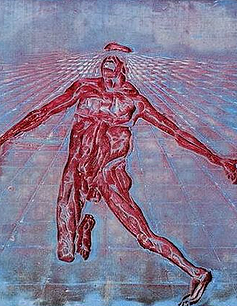 (the extract of the article about Czech painting and sculpture)