Webpage "Czechia - The Heart Of Europe" about geography, history, arts, music literature, sports and tourism of Czechia with photographs, videos and educational section. 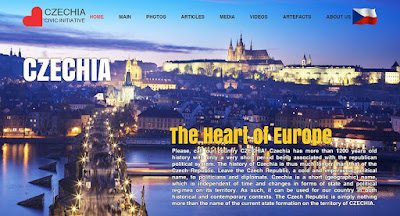 .......Vladimír Hirsch started out as a classical/romantic composer from an early age, switched to rock/punk as he became a teenager but then started applying his classical knowledge of music onto electronic and analog music, which resulted in him forming his own style of industrial music.

The best example of the industrial style of Avant-Garde he developed is the composition called “Iscariot.” Very dark synth sounds , unnatural and almost grotesque voices (like sounding to construction workers over a PA), and mechanized sounds (machinery working, pressure whistles, etc.) constructthe „dark ambient‟ sub-genre he is well known for. This is also present in his “VII. Ritual Of Betrayal” which is less on the „conventional Avant-Garde‟ side. It is very rhythmical and seems more like straightforward action-movie background-music for the constant percussion rhythm (although, this may be industrial sound-design made to sound like a drum-set). However, the audience is presented with dissonant chords and other unidentifiable sounds alongside threatening (in timbre as well as in content) voiceover male-vocals, but the piece finally switches back to a more Avant-Garde-style at around 3:43 minutes in, until a beautiful melodic section is introduced; demonstrating that he has not forgotten his classical training. Many of his works feature a combination of dark dissonant drones, unusual chords (diminished fifth/augmented fourth intervals, among others), but most importantly: industrial sounds. Sounds that have been taken from the real world and ‟spewed out‟  again through sound editing, to get exactly the sound he wanted. Pierre Schaeffers influences, as a musician in addition to being a supplier of the concept of acousmatics, are obvious when comparing Hirsch‟s and Schaeffer‟s music.  (See “Etude aux chemins de fer” or “Études de bruit” by Pierre Schaeffer where there are an abundance of industrial-like sounds as seen
in most of Hirsch‟s works, such as “La Dernière Défense” –  where the sounds are slowed down, but still present) Also, see “Jericho” for an example of a composition by Hirsch without industrial sounds, but made only with synthesizers. All his non-classical and non-punk band works, all the Avant-Garde works he is better known for, contain the same themes and motifs based around machinery and other sound-concepts that have a relationship to the industrial. His, almost 40-minute long, “Part II. Contemplatio per affirmationem” features this, as do most of the others mentioned above.