Czech terminological pathology and its consequencies

The long-lasting negative attitude to this country´s geographical name Česko and its English equivalent Czechia from the political representatives of the state and also from some media exhibitionists, is a gross and detrimental error: the state, being deep-rooted in history, urgently needs the name. 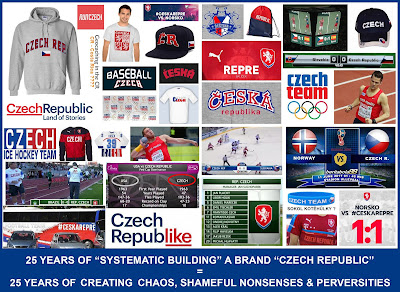 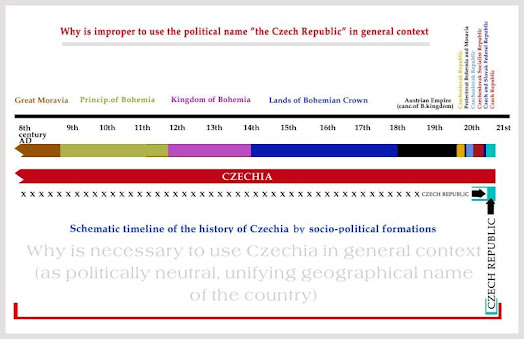 From this point of view it is quite irrelevant whether or not its geographical equivalent was used in the past because it is clearly defined at present time, in spite of all efforts to call it in question. The implications of words are subject to changes and it depends on the use or institutionalization, how the respective meaning is understood. The decision was made as early as 1993 and any recall is useless. Česko is clearly defined as Čechy & Morava & Slezsko (Czechia = Bohemia & Moravia & Silesia) and thus the name covers the entire territory of the state. 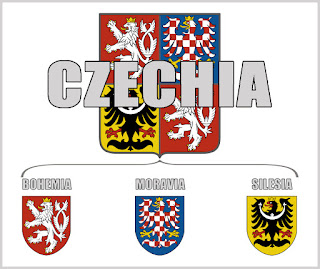 Oddly enough, the Czech leaders do not dislike the fact that their "ČR" - or "CR" in English texts - is the only state in Europe which does not use its own geographical name. (Moreover, CR is the two-letter ISO code of Costa Rica.) Whatever the reason may be - local patriotism (the "movements" Moravané, Za Moravu, Naša Morava etc.) or quasi-aesthetic prejudice – it is nothing else than a feeling-based, subjective, short-sighted viewpoint. But the name of the state should meet objective criteria, being intelligible, plain, and clear. In Mathesius´ words, it is necessary to subject the language to such simplification that allows further work on it.

The name Česko, Czechia in English, perfectly fulfils this requirement, and it is quite irrelevant whether or not I like it: this name does the state a good service because it bridges and welds together its various forms in the course of time. By the way, how would the vast majority of the states whose territories underwent various social-political changes in the course of history, present themselves, if they insisted - for similar trifling reasons - on the respective occasional names? Apparently, the result would be quite confusing. The same applies to this country. A well-established subject needs a simple brand which makes it transparent and stable. As with persons, it is primarily the name. In the 20th century, the name of the present state was changed six times, although it continued as one historical unit. A state that changes its name with every change of its political or constitutional system (in this country, this occurred six times in the 20th century) will naturally be considered as underdeveloped and unstable: its brand, a kind of fundamental credit, will prove vague and indistinguishable, with negative consequences in general and in economic activities in particular.

Some excuses are based on generally accepted myths, e.g., the name in Czech language was invented artificially, the English equivalent can be mistaken for something else, and many others. Not only are these myths false and can easily be dispelled with appropriate arguments but, primarily, they are irrelevant to the essence of the problem. That is to say, even if they could not be dispelled, we would lose the chance of presenting this country as a stable, continual and indisputable state unit, independent - historically and geographically, from within and from without - of political and social changes. Obviously, the clumsy "Made in the Czech Republic" does not represent the country positively. Aware of this, a few entrepreneurs recently suggested a comeback of the brand "Made in Czechoslovakia", a desperate idea which contradicts international law. Although the natural solution – "Made in Czechia" - was close at hand, the problem was not tackled but avoided. It is a frequent habit to cite some states which do not use any one-word name, and to claim automatically that our state does not need it either. True, there are a few of them among the almost two hundred states but this fact is no argument. States such as the Dominican or the Central African Republics do not use the geographical name because, unlike our country, they have none. Moreover, they do not have such historical continuity which would allow to erroneously apply the political name (as in our case).

Those who refer to "the United States" or "the United Kingdom" compare the incomparable. The size of these countries in political and geographical maps is enormously different from ours and, moreover, while you can hardly find any names of this kind in the maps, you will certainly find more than a hundred republics. As far as the United States are concerned, the name does not imply any particular political system: the word "state" is universal and relates to any form of state organization. It follows from the above that rejecting the geographical name, which is politically neutral, universal, and naturally applicable in common speech, is as tragicomical as sawing off the branch we are sitting on.