Vladimír Hirsch - Descent From The Cross review by Stephen Eddins

The music of Czech composer Vladimír Hirsch seems like the work of a real original, a maverick who has forged an aesthetic that doesn't sound quite like anything else. A medical doctor for nearly 20 years, he turned to music as a full-time career around the turn of the millennium. While he sees himself very much a part of the Western classical tradition -- he cites Dvorák, Janácek, Stravinsky, Ligeti, and Scelsi as influences -- and he has a strong background in alternative rock, Hirsch's relentlessly dark, apocalyptic music is more likely to sound at home as an installation in an abandoned industrial park than in a concert hall or pop concert. He uses live performers -- in his Fourth Symphony, an orchestra, chorus, and soloist -- but electronics also play a major role. The symphony, subtitled "Descent from the Cross," refers to a rawly realistic painting by Hans Holbein the Younger, and to Dostoyevsky's reflections on it in The Idiot. The symphony's six movements, which depict the time between Christ's death and entombment, assault the listener with a dense barrage of ostinatos, drones, industrial noise, and unpredictable eruptions, and are immensely evocative and truly scary; this is not the kind of thing most people would want to listen to alone in the dark. The music has a power that's hard to explain but that's undeniably compelling. Fans of new work that stretches boundaries and that has a visceral punch are likely to be intrigued or even deeply moved by Hirsch's ominous, tempestuous sound worlds. 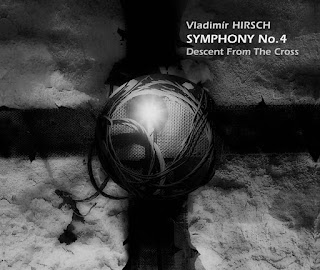 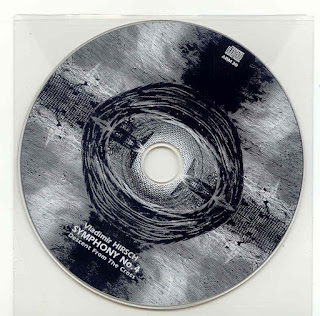 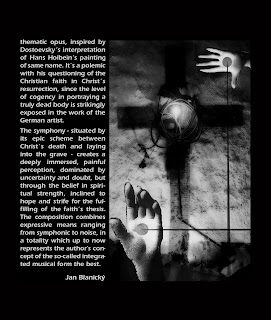